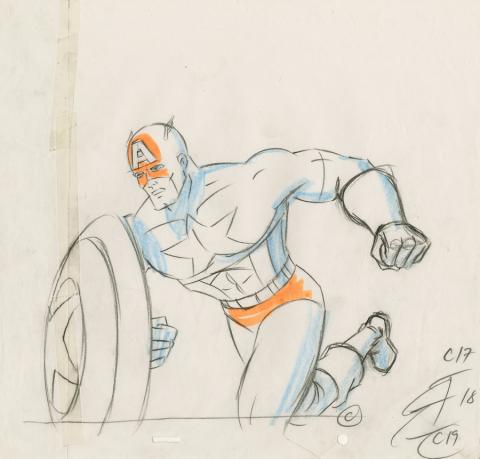 An original production drawing from the Marvel Studios animated television series X-Men (1992-1997). Featuring a fantastic image of Captain America, the drawing was created at the studio and used for the episode "Old Soldiers." Measuring 10.5"x11" overall, and with the image area measuring 7"x9", the production drawing is in very good condition with light edge and page wear. The left side of the page has been trimmed and taped together during creation at studio.