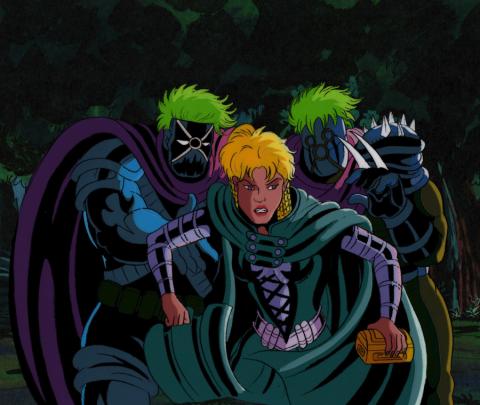 An original production cel from the Marvel Studios animated series X-Men (1992-1997). Featuring Bella Donna Boudreaux and members of the Assassin's Guild, the hand-painted cel was created at the studio and used during the animation of the episode X-Ternally Yours (1993). The piece is an actual frame of animation that was photographed and appears in the cartoon. Measuring 10.5"x12.5" overall, and with the character image measuring 7"x9", the production cel is in very good condition and is paired with a color copy reproduction background.

The artwork was published in the book "X-Men: the Art and Making of the Animated Series" and appears on page 124.