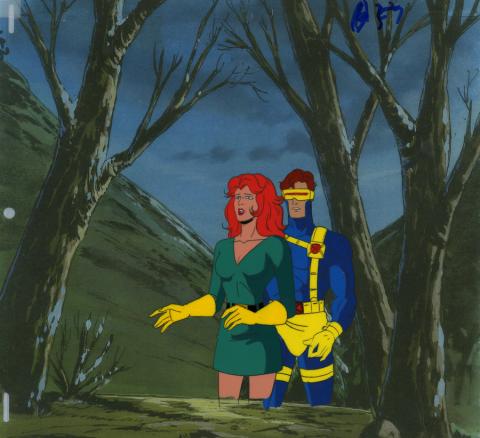 An original production cel from the Marvel Studios animated television series X-Men (1992-1997). Featuring Cyclops and Jean Grey in her Marvel Girl costume, the hand-painted cel was created at the studio and used during the animation of the episode The Dark Phoenix, Part IV: The Fate of the Phoenix. The piece is an actual frame of animation that was photographed and appears in the cartoon. Measuring 9"x10.5" overall, and with the image area measuring 5"x4", the production cel is in fine condition, and has been paired with a color copy reproduction background.