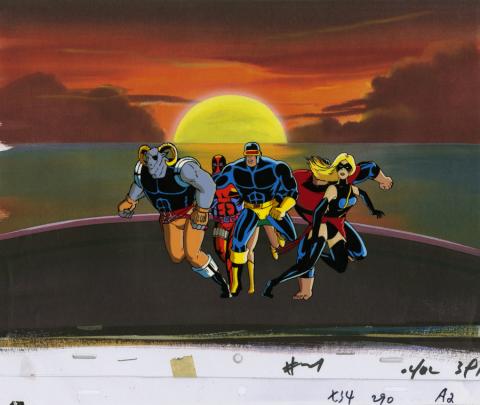 An original production cel and matching production drawing from the Marvel Studios animated television series X-Men (1992-1997). Featuring Quark along with robot versions of Deadpool, Cyclops, Beast, Miss Marvel, and Jean Grey, the hand-painted cel and drawing were created at the studio for a reanimated scene that didn't end up in the final cut of the episode "Longshot," as documented in the book "X-Men: the Art and Making of the Animated Series." Measuring 10.5"x12.5" overall, and with the image area measuring 4"x8", the cel is in very good condition with minimal line wear.