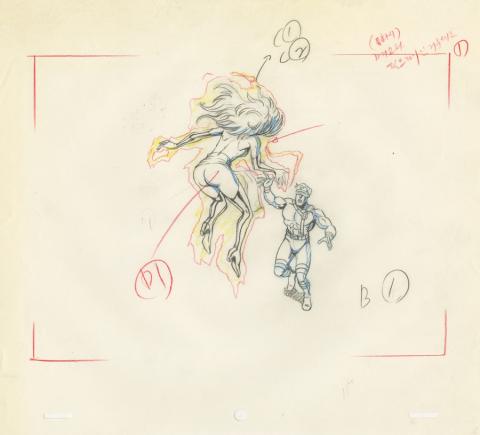 An original production drawing from the Marvel Studios animated television series X-Men (1992-1997). Featuring Jean Grey as the Phoenix, and Cyclops, the drawing was created at the studio and used during the animation of the episode The Phoenix Saga, Part V: Child of Light. Measuring 9.5"x10.5" overall, and with the image area measuring 5.5"x5", the production drawing is in very good condition with minimal edge wear.