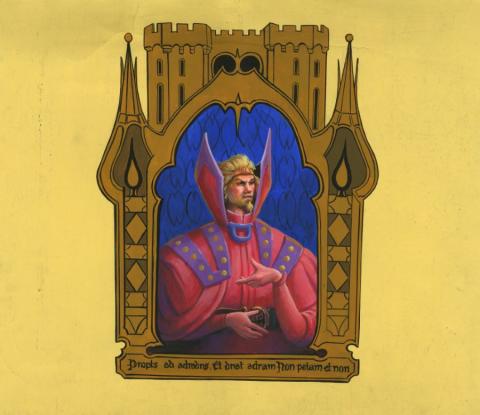 A production background from the Marvel Studios animated series X-Men. Featuring a very detailed portrayal of Magneto as the stories main antagonist, Magnus the Magnificent, the background was created at the studio and used during the animation process. The piece is an actual frame of animation that was photographed and appears in the 1996 episode, Jubilee's Fairytale Theater. Measuring 13.5"x16.5" overall, with the character image measuring 12.75"x16.5", the background is in good condition with edge wear and creasing, most notably at the top edge, along with slight scuffing throughout.