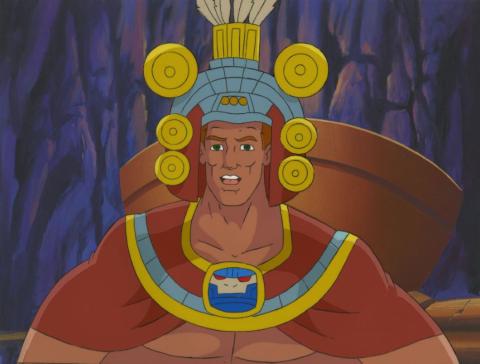 A production cel and background setup from the Marvel Studios animated television series X-Men (1992-1997). Featuring an interesting close up Fabian Cortez with historic attire, the hand-painted cel and background were created at the studio and used in the episode The Fifth Horseman (1997). The piece is an actual frame of animation that was photographed and appears in the cartoon. Measuring 10.5"x12.75" overall, with the image area measuring 9.5"x11", the cel and background are in very good condition with minimal line wear and a small spot of paint loss on his chest. Also included is the matching production drawing.