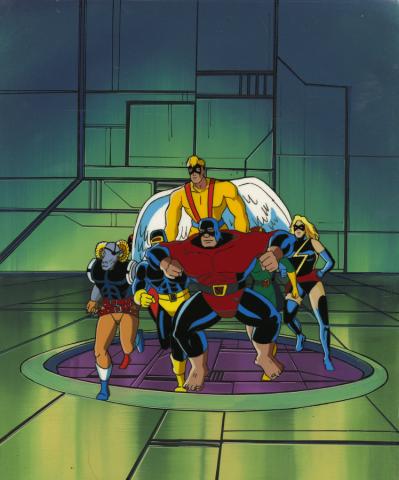 This is an original cel and background set-up from the Marvel Studios production of X-Men (1992-1997). This setup features a rare shot of an eclectic mix of characters that were cut from the Longshot episode when it was reanimated,, and was created at the studio and used during production. The overall measurements of the piece are 13.5" x 10.5" and the image itself measures 11" x 9.5". The piece is in very good condition.

The artwork was published in the book "X-Men: the Art and Making of the Animated Series" and appears on page 169.