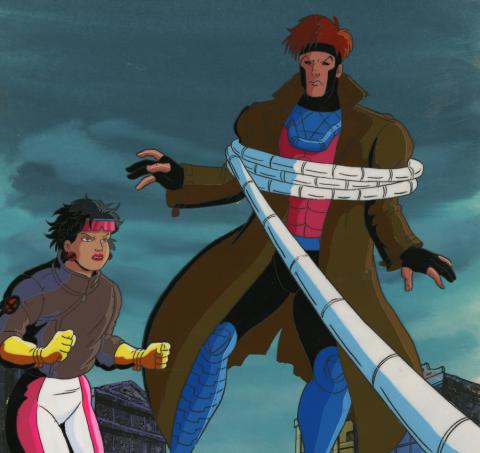 This is an original cel and background set-up from the Marvel Studios production of the X-Men The Animated Series episode, Red Dawn. Features a two layer character image of Jubilee and Gambit battling Omega Red, the hand-painted cels were created at the studio and used during production of the episode. The cels are paired with a hand-painted production background that is from the matching scene for both of the cels, although the cels do not appear on screen at the same time. The overall measurements of the piece are 14.25" x 10.75" and the image itself measures 9" x 9.5". The piece is in very good condition.