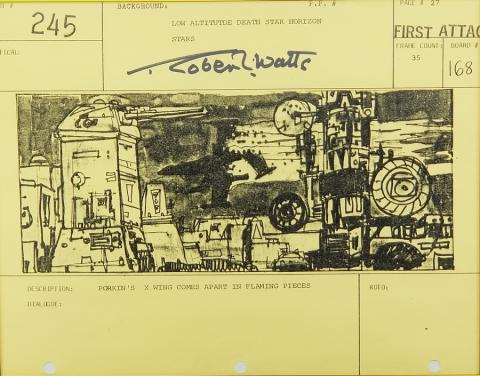 This is an original production used xerox storyboard from the LucasFilms Studios production of Star Wars (1977). This storyboard features an image of Jek Porkins' X-Wing as it crashes in flames amidst the artillery of the Death Star and was created at the studio and used during the production of the film. The overall measurements of the piece are 17.25" x 15.75" framed with the mat opening measuring 8" x 10.5", and the image itself measures 4" x 9.5". This storyboard is in great condition as it is shown in its professional framing and has been signed by film producer Robert Watts.