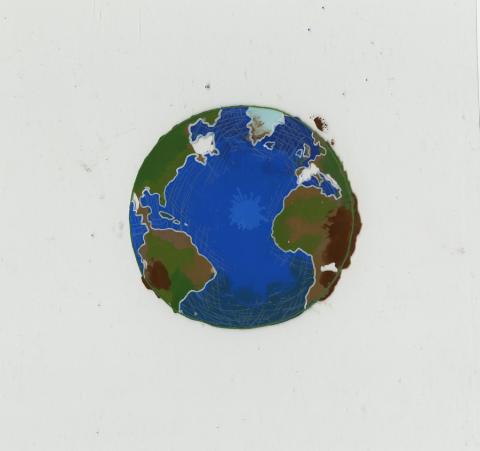 This is a production cel from a Vietnam War era film that was produced by the US Military's top secret Lookout Mountain film studio. The cel features an image of the Earth and was hand-painted at the studio. Lookout Mountain produced many films during its existence, with the late 1960s Vietnam work being the final major war effort that the studio existed to cover. The overall measurements of the piece are and the image itself measures . The piece is in good condition with some spots of paint damage as seen in the images.