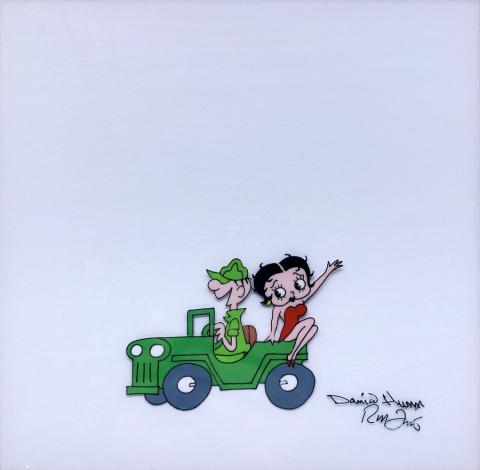 This is an original production cel from The King Features Anniversary Special (1987). Featuring Betty Boop and Beetle Bailey driving in a jeep, the hand-painted cel was created at the studio and used during the production of the film. an actual frame of animation that was photographed and actually appears in the film. The framed piece measures 14"x14" with a mat opening of 7"x7". The image itself measures 2.5"x3". The cel is in fine condition, although there are some light scratches to the frame, and is signed by animators Dan Hunn and Ron Fritz.