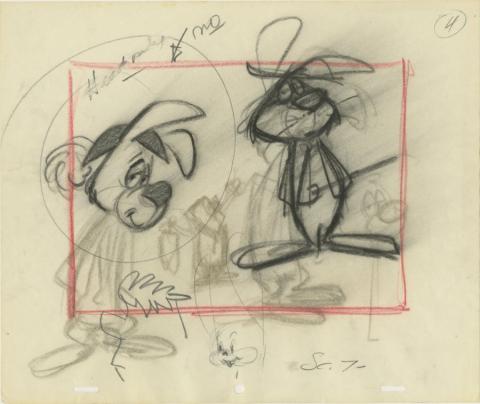 An original concept drawing from the Hanna Barbera Studios animated series Yippee, Yappee and Yahooey (1964-1966). Featuring a rough sketch of the three title characters who are tasked with protecting the King and are loosely based on the Three Musketeers, the drawing was created at the studio during the developmental stages of the series. Measuring 10.5"x12.5" overall, with the image area measuring 9.25"x9.75", the graphite drawing is in good condition with some smudging and light handling wear, including light wrinkling.