Scooby-Doo Where Are You Production Cel - ID: marhan12 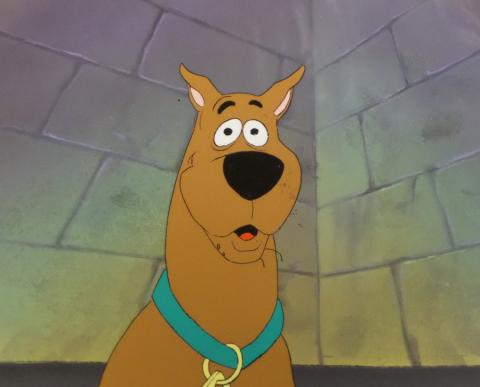 An original production cel from the Hanna Barbera Studios animated series Scooby-Doo, Where Are You! (1969-1970). Featuring Scooby looking surprised, the hand-painted cel was created at the studio and used during the animation process. The piece represents an actual frame of animation that was photographed and appears in a cartoon. Measuring 10.5"x12.5" overall, and with a character image measuring 7"x4", the cel is in very good condition with minor line wear, and it is paired with a hand-painted background from a different series.