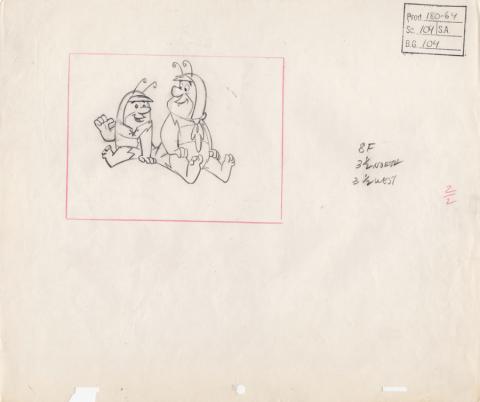 An original layout drawing from the Hanna Barbera Studios animated film The New Alice in Wonderland (1966). Featuring Fred Flintstone and Barney Rubble as the Caterpillar, the drawing was created at the studio and used during the animation process. Measuring 10.5"x12.5" overall, and with the image area measuring 3.5"x4", the production drawing is in very good condition with ripped left peg hole.