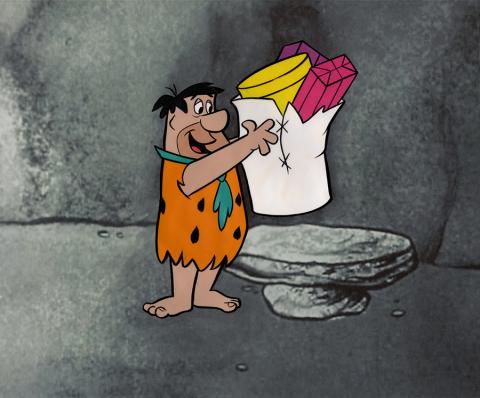 An original production cel from the Hanna Barbera Studios animated series The Flintstones (1960-1966). Featuring Fred Flintstone carrying a bag of groceries, the hand-painted cel was created at the studio and used during the animation of a variation of the 1960s opening credits that was used to promote the show's sponsor, Alka-Seltzer. The piece is an actual frame of animation that was photographed and appears in the cartoon. Measuring 9.75"x11.75" overall, and with the image area measuring 6.5"x5", the slightly trimmed cel is in very good condition and is paired with a color copy reproduction background.