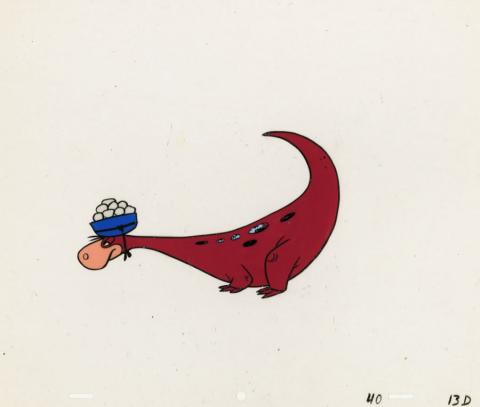 An original production cel from the Hanna Barbera Studios animated television series The Flintstones (c.1960s). Featuring a great image of Dino carrying a bowl of what looks like rocks on his head, the cel was created at the studio and used during the animation process. The piece is an actual frame of animation that was photographed and appears in a cartoon. Measuring 10.5"x12.5" overall, with the character image measuring 4"x7", the production cel is in good condition with very light paint loss, some light blue paint stuck to the surface of the cel, light creasing and scratching to the surface, and curled edges from age.