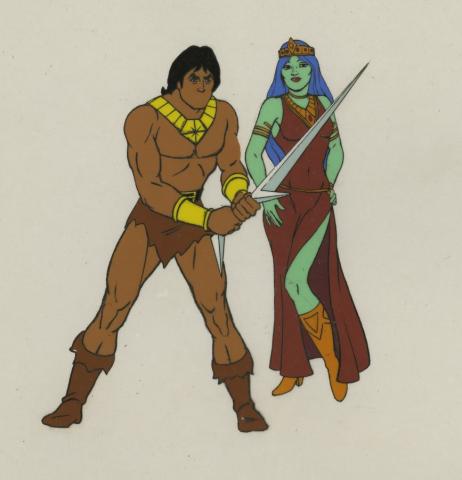 An original production cel from the Filmation Studios animated series Blackstar (1981). Featuring John Blackstar and villainess Taleena, the hand-painted cel was created at the studio and used during the animation process. The piece is an actual frame of animation that was photographed and appears in the twelth episode of season one, "Crown of the Sorceress". Taleena's missing jewel is not a cel flaw, but a major plot point from the episode. Measuring 10.5"x12.5" overall, and with an image measuring 6.5"x5.25", the production cel is in good condition with some minor paint loss, and is missing the cel layer for Blackstar's mouth.