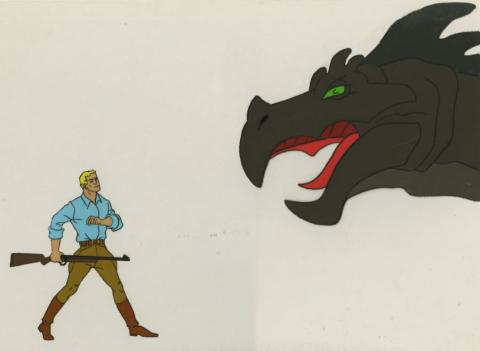 An original production cel from the Filmation Studios animated series Flash Gordon (1979-1982). Featuring Flash Gordon fearlessly approaching a dragon like monster, the cel was created at the studio and used during the production of the cartoon. Measuring 10.5"x12.5", and with the character image measuring 9"x12", the production cel is in very good condition with minimal line wear.