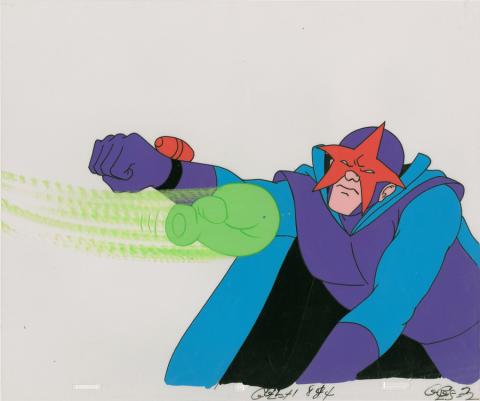 This is an original production cel from the Filmation Studios production The Superman/Aquaman Hour of Adventure (1967–1968). This production cel features Evil Star and a fist the Green Lantern has summoned. It was created at the studio and used during production, representing an actual frame of animation that was photographed and appears in the cartoon. The overall measurements of the piece are 10.5" x 12.5" and the image itself measures 7" x 12.5". The production cel is in very good condition with a small speck of paint missing from the glove and stuck on the surface of Evil Star's cel. Also included is the matching production drawing.