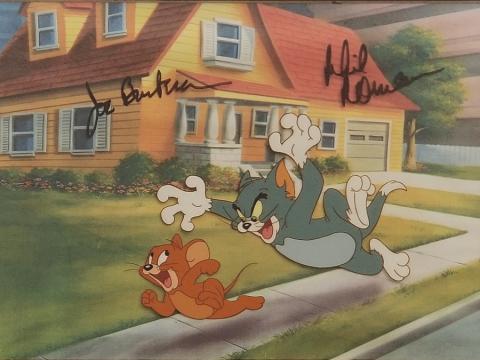 This is an original studio publicity cel from the Film Roman Studios production of Tom and Jerry: The Movie (1992). This publicity cel features Tom chasing Jerry, and was created at the studio and used during the promotion of the film. The overall measurements of the piece are 12" x 16" framed with a mat opening that measures 8.5" x 11.5", and the image itself measures 5" x 6.5". the cel has been signed by Joe Barbera and Phil Roman.