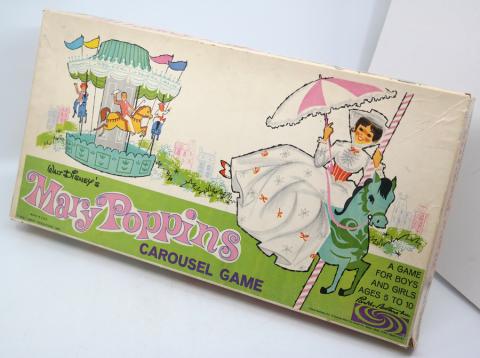 Disney's Mary Poppins carousel board game by Parker Bros. Released during the film's initial release in 1964, the game comes in the box with cardboard insert listing the rules, the game board, four game pieces, two plastic stands, and one wooden die. The set is in fair condition overall with the box showing signs of wear and denting from age and prior use. Two plastic stands are missing.