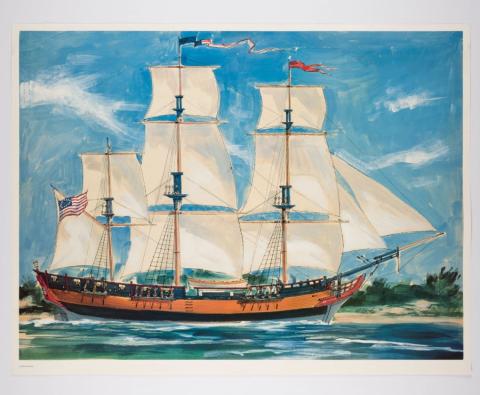 A lithographic print of the Sailing Ship Columbia from the Disneyland Hotel. Featuring a beautiful rendering of Disneyland's iconic full scale replica of 18th century ship, the Columbia Rediviva, the concept was originally used to conceptualize the park's attraction. Rendered originally in paint by legendary Disney artist and imagineer Sam McKim, the print was produced in the 2000s to be displayed in the Disneyland Hotel. Measuring 26"x34" overall with an image measuring 24"x32.5", the lithographic print is in fine condition. Ships rolled.