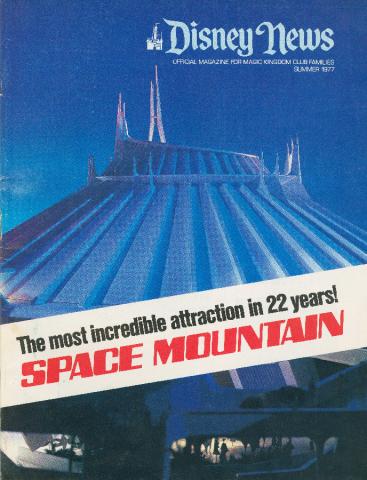 The Disney Magazine was published from 1965 until 2005, and was published as Disney News until 1994. Disney News was published quarterly as a premium benefit for Magic Kingdom Club members, and later became a subscription publication. Certain issues of the publication are more sought after due to the announcements or ride opening celebrations that were detailed inside. This issue of Disney News from Summer of 1977 highlights the opening of Space Mountain. The magazine measures 11" x 8.5" and is in good condition with cover wear and handling wear.