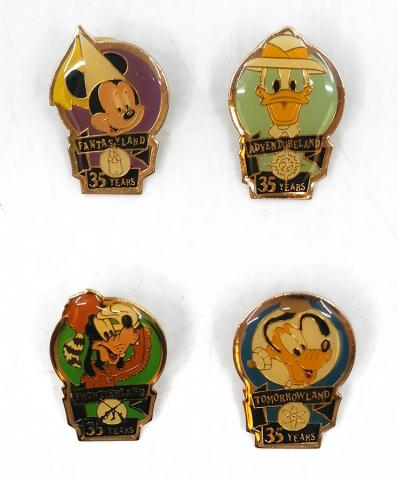 A set of (4) of Disneyland 35th anniversary pins. This set from 1990 was created in commemoration of Disneyland's 35th Anniversary and includes four pins that each feature a Disney character representing a separate land from the theme park. Features Minnie Mouse on the Fantasyland pin, Pluto on the Tomorrowland pin, Donald Duck on the Adventureland pin, and Goofy on the Frontierland pin. Each pin measures approximately 0.75"x1" and all are in good condition.