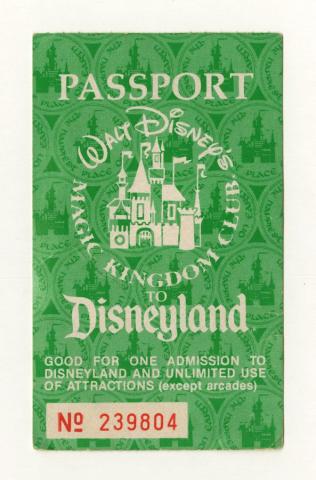 A Magic Kingdom Club passport admission ticket used at Disneyland in 1985. Featuring an image of Sleeping Beauty Castle, the passport allowed a guest one admission to the park with unlimited use of attractions. The Magic Kingdom Club offered special passes to its members that were not available to the general public. Measuring 3.75"x2.25", the ticket is in very good condition with light edge wear.