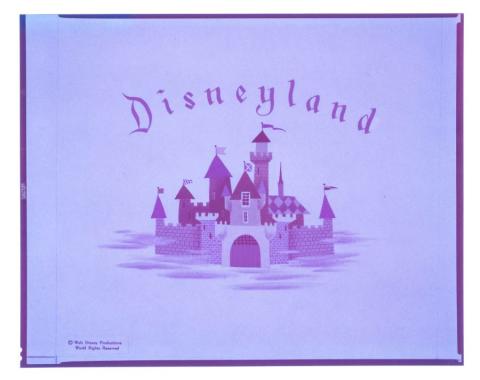 An original printing color transparency from the Walt Disney Studios. Featuring an illustration of the iconic Disneyland castle, the image was used on the rear cover of the 1954 studio Christmas card. The card was distributed by the studio and the image was used to promote the soon to be open park. The transparency measures 8”x10” overall with the castle’s image measuring approximately 4.5”x6” and the piece is in fine condition. The second image shown is a reference photo of the image that the studio would create with the transparency, it is not a physical print included with the transparency.