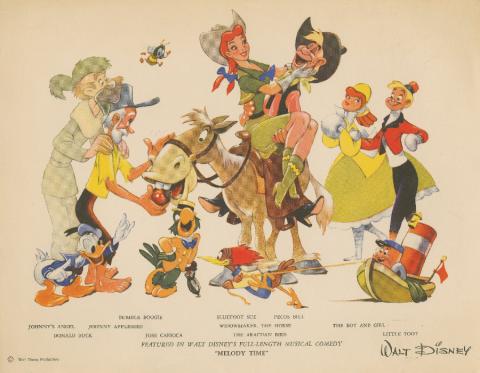 This is an 8 x 10 style promotional print that was created by the Walt Disney Studios during the marketing of their 1948 package film, Melody Time. The 7.25" x 9.25" print features a great 5.5" x 8" character image with the majority of the main animated characters from the film's shorts. Rather than distributing a screenshot from one portion of the film's variety of animated shorts, the studio opted to create an image which showed the variety of entertainment packed in the film to entice all audiences. The card is in good condition with some light creasing around the edges.