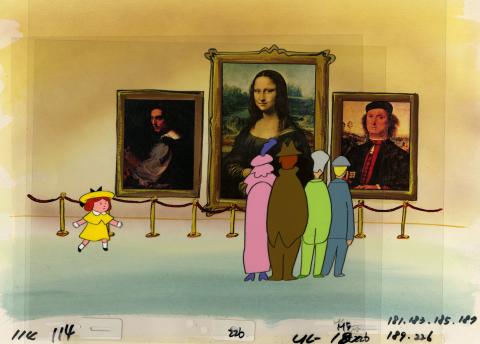 This is an original Production Cel,Production Background from the DiC Studios production of the 1990s Madline TV series. This Production Cel,Production Background features Madeline and was created at the studio and used during the production of the film. The images in the painting were photo printed, trimmed to image and applied to the hand painted background of the museum interior. The overall measurements of the piece are 10.5" x 15.5" and the image itself measures 9" x 12.5".