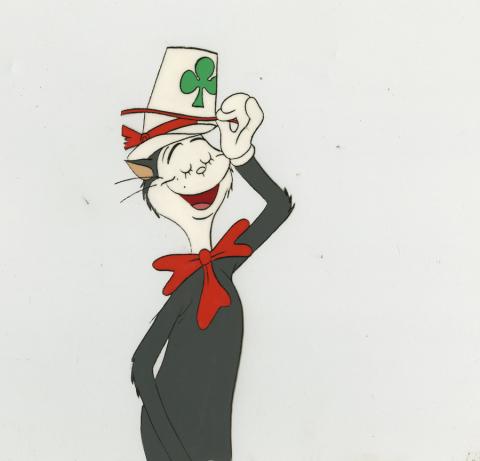 This is an original production cel from the DePatie-Freleng Studios production of The Cat in the Hat (1971). This production cel features The Cat in the Hat describing what he would be called in Ireland and was created at the studio and used during the production of the film. The overall measurements of the slightly trimmed piece are 10" x 10.5" and the image itself measures 7.5" x 3". The cel is in good condition. The third image is a screen shot from the scene this cel was used to create, it is shown for reference only, and is not a physical print included with the cel.