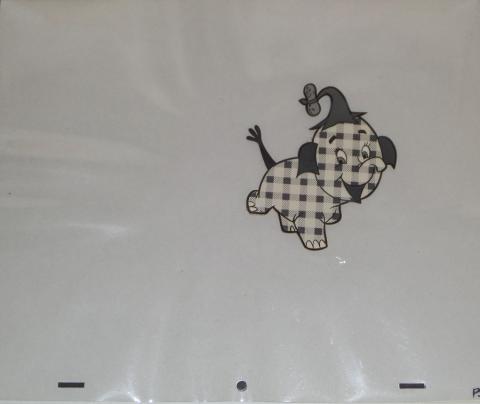 An original production cel from an unknown 1950s animated commercial produced by Playhouse Pictures. Featuring a plaid elephant, the production cel was created and used during the animation process. The plaid pattern to the elephant's body is accomplished with a photographic plaid print that is trimmed to image and applied to a cel layer behind the hand inked character lines. Measuring 10.5"x12.5" overall, and with an image measuring 4.25"x3.75", the production cel is in very good condition.