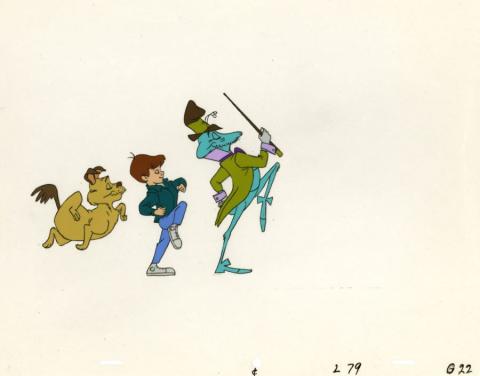 An original production cel from the Chuck Jones Studios animated film The Phantom Tollbooth (1970). The film is based on the 1961 novel by the same name, authored by Norton Juster. Featuring Milo, Tock, and The Humbug marching in line, the hand-painted cel was created at the studio and used during the animation process. The piece is an actual frame of animation that was photographed and appears in the cartoon. Measuring 10.5"x13.5" overall and with the character image measuring 5"x7", the cel is in fine condition.