Off to See the Wizard Layout Drawing - ID: janwizoz3849 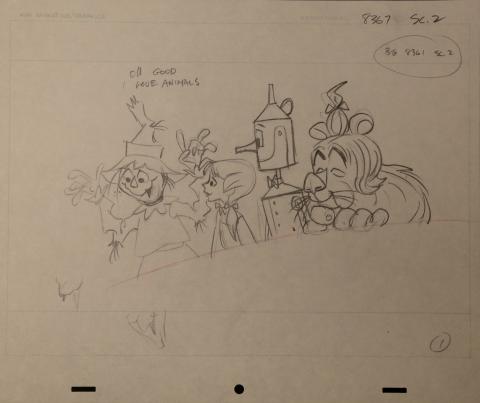 This is an original layout drawing that was used during the production of the 1960s animation and live-action television series, Off to See the Wizard. The drawign was created by the MGM studios under the executive production of Chuck Jones. The drawing features character designs that stem directly from the art styling of Jones. The layout is untrimmed, measuring 10.5" x 12.5" and features the main cast of the Wizard of Oz.