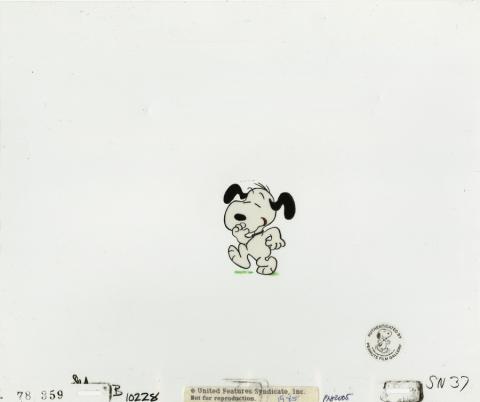 This is an original production cel from the Bill Melendez Studios production It's Your 20th Television Anniversary, Charlie Brown (1985). This hand-painted cel features Snoopy dancing. It was created at the studio and used during production, representing an actual frame of animation that was photographed and appears in the cartoon. The overall measurements of the piece are 10.5" x 12.5" and the image itself measures 3" x 4.25". The matching production drawing is also included. The cel is in very good condition and includes the Peanuts Film Gallery Certificate of Authenticity.