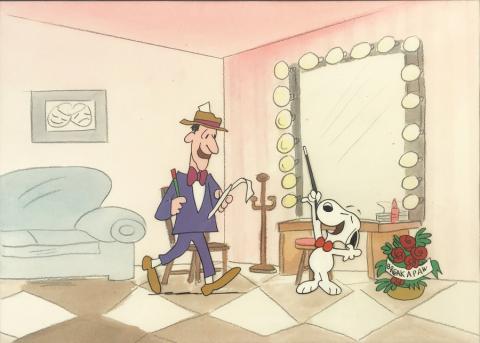 An original production cel and background set up from a Bill Melendez Studios animated promtion for Snoopy's World of Magic (c.1989). Featuring Snoopy backstage in his dressing room, the master setup was created at the studio and used during the animation process. Snoopy's World of Magic was a special tour that occurred in 1989 and was supervised by Charles Schulz himself. Measuring 14.5"x17.5" framed and with the image area measuring 8.75"x12", the setup is in fine condition, unexamined out of frame.