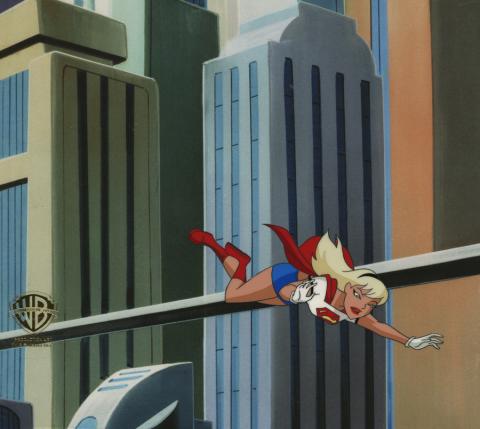 An original production cel from the Warner Bros. Studios animated series Superman: The Animated Series (1996-2000). Featuring Supergirl, the hand-painted cel was created at the studio and used during the animation of the 1998 episode "Little Girl Lost Part 2." The piece represents an actual frame of animation that was photographed and appears in the the episode, and it is paired with a color copy reproduction background. Measuring 9.5"x10.5" overall, and with a character image measuring 2.5"x5", the production cel is in very good condition. The artwork comes from the official WB Studio art program, and a studio COA will be provided.