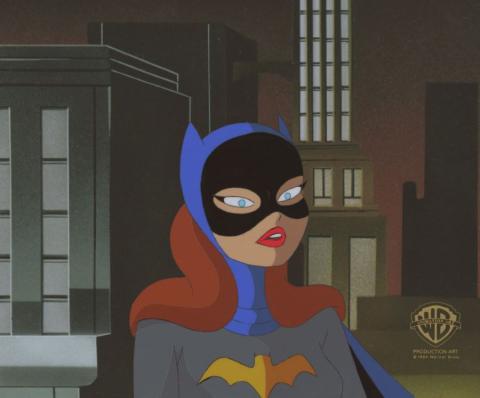 An original production cel from the Warner Bros. Studios animated cartoon Batman The Animated Series. Featuring Batgirl, the hand-painted cel was created at the studio and used during production. The piece is an actual frame of animation that was photographed and appears in the 1993 episode :Shadow of the Bat Part II. Measuring 9"x10.5" overall, the cel is in fine condition and is paired with a color printed reproduction background. The piece comes from the studio's art program, including a studio COA, and may take up to two weeks until it ships.